Anyone who knows me fairly well will tell you that I’m not an atheletically-inclined human being. I may do a half-hearted jog here and a skip there, but that’s pretty much it for me. These past weeks I most definitely exceeded my quarterly sportstime quota, because our class organised an intra-class games competition as one of the activities for our Graduating Class Week (Orion IV!!). The events were split and performed in two consecutive Sundays, with yesterday being Day 2.

Amidst the fun and intensity that the days brought, there were pretty good life lessons that I learnt inbetween. One moment that particularly stands out for me was the sack race. For anyone who has no idea what a sack race is, it’s a race that’s run in a sack; technically it’s more hopping than actual running, and the chances of tripping over are pretty higher than the average race.

The race in itself was not what fascinated me, it was the tenacious spirits of my coursemates who ran it. At the second leg of the race one of the competitors was losing balance on his sack, but despite it all, he picked up his sack each time and continued the race till he crossed the finish line. My team’s representative had a late start at the second leg, and at that point my heart literally sank. But somehow he was not deterred. He hopped in that sack like his life depended on it, and somehow we all saw him hop to victory in the race. Our team couldn’t hold back our excitement.

That ‘Never Give Up’ spirit, that ‘It’s Not Over Till It’S Over’ attitude, is such a necessary life skill. I was watching a red carpet interview of american actress Sofia Carson, and in it she confessed that she had to attend over 200 auditions before she got her first big break in the industry. Do you know what it means to experience over two hundred rejections for a cause you’re passionate about? It can be heartbreaking, and I’m sure that there were times where she wanted to throw in the towel, but somehow she stayed and she kept on trying. Her first acting role and record label signing were gotten in a week of each other, and she’s currently doing so well.

I do not know everything, but I know this: if you have a passion that you know God has placed on your heart, and you keep on working at it and growing it, you will find success in it. It might not be in a month or a year, or even five years, but it will happen eventually. When it does happen, you will be happy you kept on going.

If my team’s representative had looked at the others in front of him and let it dampen his spirit, he would have run the race with a mindset of defeat. That’s what we do sometimes, we look at the downsides and challenges ahead of our journey and let that plant seeds of defeat and all sorts of negativity in our hearts. We look at others who might be ahead of us in that particular journey and think that there’s no point doing what God told us to do, “there’s already someone doing the same thing, so why would anyone want to listen to what I have to say?”. So we begin to run the race halfheartedly. Like we’re not important. Like we’re already defeated.

Sometimes we’ll begin the journey and start doing what we’ve been called to do, quite alright. Then the hard times come, and in those moments where we feel like we’re losing all balance and will never make it any farther. And we just stop, roll up our ‘sack’ and declare that we’ve given up. We tell God and everyone else that it’s not like we did not begin at all, at least we tried, right?

Effort is great, but ultimately effort doesn’t count without a result to validate it. When teachers are examining students they allot marks to those who were actually able to answer questions correctly. At that point their paramount concern is not the number of hours you read, but the information you know and are able to express on paper. So ultimately what adds value is result that effort produces, and not merely the effort alone.

I do not want to be remembered as just someone who “tried”, but as a person who added value to the spheres of life she was able to influence. I believe you do too. So that’s why you cannot and should not give up. Keep on working hard, keep on growing at your craft, keep on going to all those classes. Why? Because it will all pay off in the end. It’s not over till it’s over.

Your team did just that
Well done Orion IV 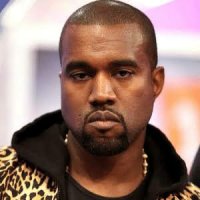 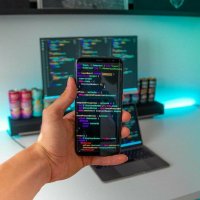